Film / Beauty and the Bestie 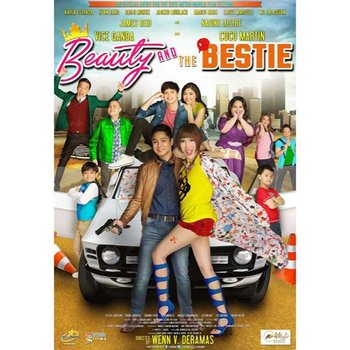 Beauty and the Bestie is a 2015 Philippine action comedy film.

In the film, Emman a secret agent seeks the help of Erika, his former friend to accomplish a top secret mission to avert World War III. Emman had to rescue the kidnapped daughter of the Prime Minister of Uzeklovakia and Erika had to pretend to be the Prime Minister's daughter who is supposed to compete as Ms. Uzeklovakia in an international pageant while Emman and his spy agency find the whereabouts of the kidnapped.

Beauty and the Bestie contains examples of the following tropes: