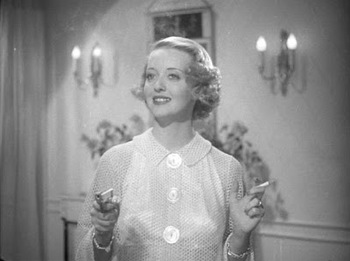 Private detective Ted Shane (Warren William) comes back home to San Francisco and gets himself a job as partner to private detective Milton Ames. Shane has a Friends with Benefits thing going with sexy secretary Miss Murgatroyd, and also used to be Mrs. Ames's boyfriend—and Mrs. Ames is clearly more interested in Ted than she is in her husband.

Enter Valerie Purvis, a mysterious lady who hires Shane and Ames to find a man who promised to marry her. She believes her potential fiance to be in the company of a man named Farrow. Ames takes the job shadowing Farrow, but in short order both Farrow and Ames are murdered. Shane finds himself attracted to Valerie the Femme Fatale even as he suspects her of murder, and meanwhile, the cops suspect Shane. Then a mysterious man comes to Shane's office, looking for a jewel-encrusted ram's horn.