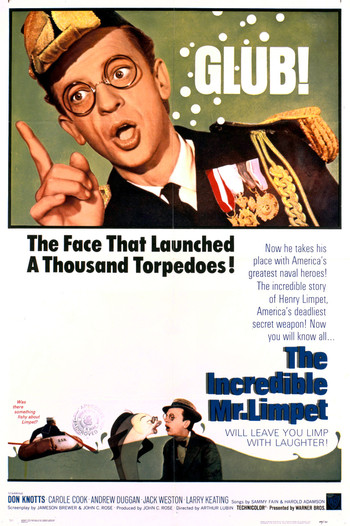 It's about a nebbish bookkeeper named Henry Limpet (Knotts) who dreams of being a fish... until one day he falls into the ocean and becomes one — a talking fish resembling a tilefish — and helps the U.S. Navy locate and destroy Nazi submarines.