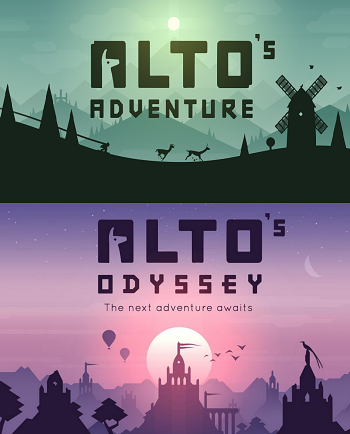 Alto's Adventure is a 2015 Endless Running Game game for iOS and Android, which involves snowboarding. The game allows you to control a snowboarder as they go down an endless mountain. Doing tricks can increase your speed, and allow you to break rocks. The gameplay also involves collecting coins, and meeting certain goals, which allows you to unlock certain characters.

The game was followed by a sequel called Alto's Odyssey which trades the mountain setting for a sandy desert.