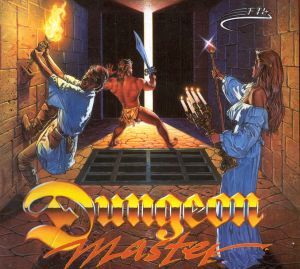 Dungeon Master is a 3D action CRPG published in 1987 by FTL Games for the Atari ST (and subsequently for a plethora of other platforms including MS-DOS and the Commodore Amiga).
Advertisement:

There are a number of sequels:

Not to be confused for the common term for Game Master, or the film The Dungeonmaster.

Chaos Strikes Back contains examples of:

The Legend of Skullkeep contains examples of: