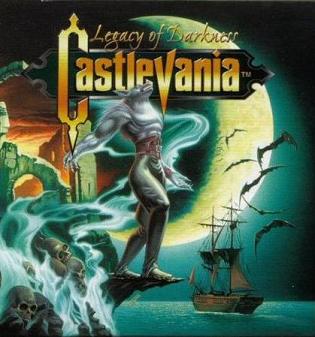 Castlevania: Legacy of Darkness is the Updated Re-release of Castlevania 64, which enchances its gameplay with remixed levels and two new characters to play with.
Advertisement:

The initial story of the game follows a werewolf named Cornell who enters the castle eight years prior to the events of the original game to rescue his sister Ada; he also finds and liberates a boy named Henry Oldrey, who grows up to become a soldier for the church who — wait for it — enters Dracula's castle, only his mission is to rescue children there.

Reinhardt and Carrie, the original heroes of Castlevania 64, become playable after completing the game once. See the page for tropes describing their adventures.