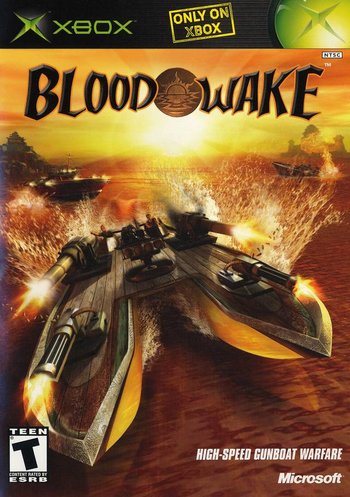 Blood Wake is a naval combat video game that was released in 2001 on the Xbox as part of Microsoft's initial wave of Xbox launch titles. The game was developed by Stormfront Studios and published by Microsoft Game Studios.

Lieutenant Shao Kai is a former officer of the Northern League fleet. His brother, Admiral Shao Lung, betrayed him and left him for dead. Fortunately, Shao Kai is rescued and joins up with the Shadow Clan, led by Ped Zeng. There is a third faction called the Jade Kingdom, a mercantile power led by Lord Sri Brana, and the Shadow Clan targets them primarily.