Literature / The Call of the Wild 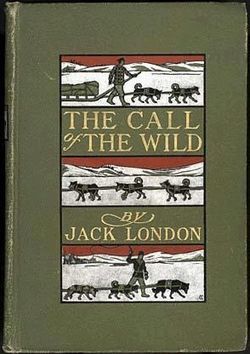 "Thornton grabbed the man's arm before the lash could land on Buck's back. 'If you strike that dog again,' Thornton said flatly, 'I'll kill you.'"
Advertisement:

The Call of the Wild is a 1903 novel by Jack London. The plot revolves around a dog named Buck and how his primal instincts return as he serves as a sled dog in the Yukon during the Klondike gold rush. It's usually considered his best novel, and he followed it with a Spiritual Successor called White Fang, a longer and even darker story about a wolf being domesticated and eventually sent to live in San Francisco. Because the protagonist is a dog, it is often mistaken for a kid's book. The dark tone and gritty violence make it decidedly not. The novel has had a lot of adaptations over the years, usually focusing on the human characters more than the dogs.

The Call of the Wild provides examples of the following tropes: