Literature / Call of the Forgotten 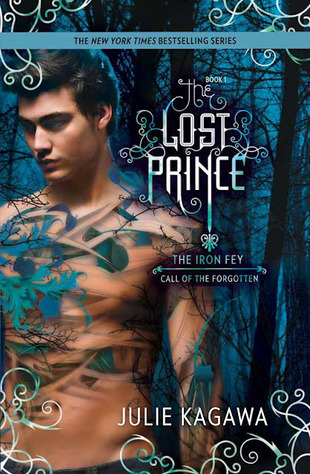 Call of the Forgotten is the spinoff sequel to the Iron Fey series by Julie Kagawa. The story revolves around Meghan's younger half brother Ethan Chase, now all grown up and cursed with the ability to see the fey, who make his life a living hell as a result. Trying not to drag anyone else into the mess that is his life, Ethan tries to stay as isolated as possible - until he meets Mackenzie "Kenzie" St. James, who absolutely refuses to be scared away by him. To make matters worse, a new species of creepy glamour-sucking fey appears, half-faeries start disappearing, and Ethan and Kenzie end up being sucked into a new war of the fey that involves Ethan's entire faery side of the family...
Advertisement:

The series consists of three books: The Lost Prince, The Iron Traitor and The Iron Warrior.

Call of the Forgotten contains examples of the following tropes: