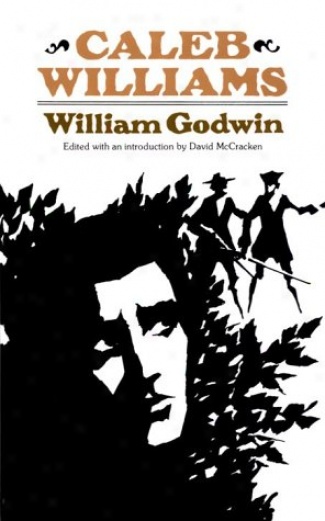 "...But my difficulties, instead of being ended, seemed to be only begun."
You might as well think of escaping from the power of the omnipresent God, as from mine!
—Ferdinando Falkland
Advertisement:

Caleb Williams: Things As They Are is a novel by the philosopher William Godwin (better known as the husband of Mary Wollstonecraft, father of Mary Shelley, and father-in-law of Percy Bysshe Shelley).

Ferdinando Falkland, a rural English squire, hires 18-year-old orphan Caleb Williams as his secretary. A few months into his employment Caleb begins to suspect Falkland is hiding a guilty past. When Caleb learns the truth – that Falkland murdered a man, and did nothing while two innocent people were executed for his crime – he also discovers Falkland will do anything to keep this secret…

Caleb Williams is still read as an example of late 18th century Gothic fiction, albeit one where a naïve newcomer is pursued not by ghosts or monsters but by the injustices of English law. Studied in particular for its criticisms of political oppression, unjust hierarchies, and English society in general in the 1790s.