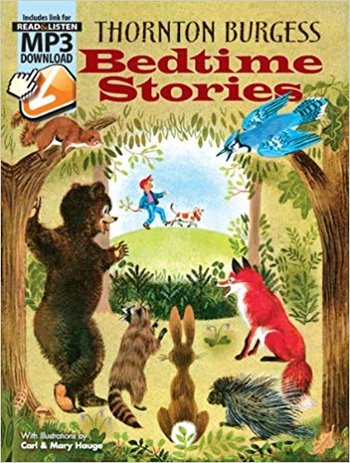 The Burgess Bedtime Stories (formerly Little Stories for Bedtime) were a series of stories by Thornton W. Burgess that ran as a newspaper column from 1912 to 1960. The stories chronicled the adventures of various animal characters, mostly based on local wildlife found in the author's homeland in Massachusetts, and (especially in later years) had a strong natural history component as well as frequent conservationist messages.

of these stories have been published in book form, and a few were even adapted into an anime as part of World Masterpiece Theater, known as Fables Of The Green Forest.