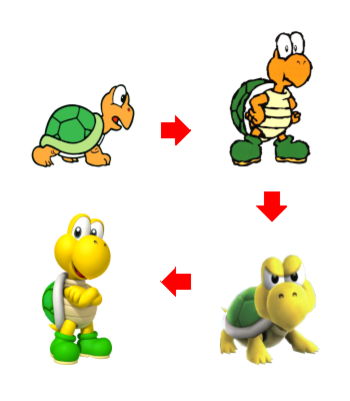 You'd be angry too if you had to go back to quadrupedalism.
Advertisement:

This is like a standard Anthropomorphic Shift, except the shift is conveniently geared to the role a character has in a work, movie, short, cartoon, or episode. For example, an animal character appears as an Nearly Normal Animal in one cartoon or episode, but appears as a Funny Animal in another.

Compare Anthropomorphic Shift, which is what happens when animal characters in a work become progressively more human-like in appearance and behavior in later installments instead of just going back and forth in the Sliding Scale of Anthropomorphism.

This trope is by no means restricted to animals.

Furry Reminder is a related trope, as is Furry Denial.