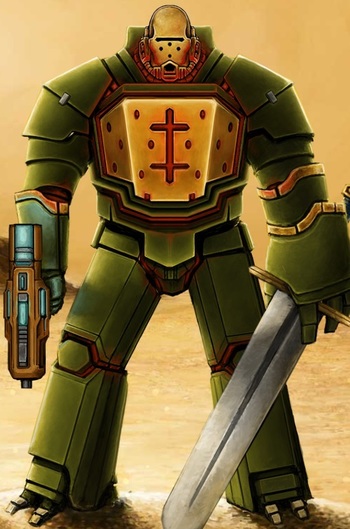 Templar Battleforce is a Strategy RPG/Turn-Based Tactics game, released in September 2015 for PC, and for iOS devices a month later. It was developed by Trese Brothers, and based in their Star Traders universe.

There, you are playing as Mini-Mecha-piloting warriors that carry the memories of their ancestors known as Templars, who are tasked with defending humanity against both alien threats, rogue humans, and potentially something even more threatening.