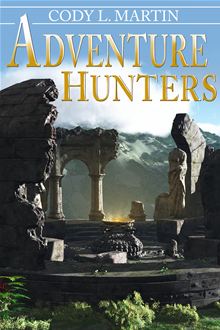 "What do you think? Giant boulder or rushing water?"
Advertisement:

Artorius, Regina, and Lisa are three adventurers exploring ruins and ancient buildings looking for treasures. When they come across a collection of war machines, they race to find the Lambda Driver, the key to restoring the machines. They must find it before their ruler, King Ryvas, does. If Ryvas finds it first, he will unleash their destructive power on the neighboring kingdom.

Adventure Hunters has these tropes