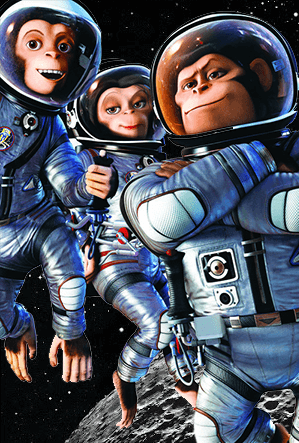 One small step for.. ape?!
Everybody loves a Silly Simian! Even space flights!
Advertisement:

Historically, monkeys have been sent into space

alone to investigate the biological effects of space travel, and fictional monkeys have been going into fictional space ever since.

Many works take this even further and make monkeys full-fledged crewmates that travel into space along with humans (and might be the most competent persons on board).