Video Game / War of the Monsters 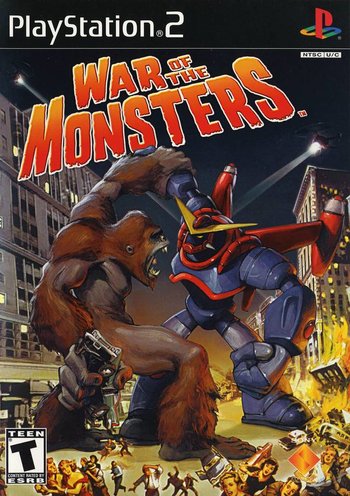 "There is nothing we can do except watch helplessly... and hope that we are still alive to see which beast will win the WAR OF THE MONSTERS."
Advertisement:

War of the Monsters (known as Kaiju Daigekisen in Japan) is a 3D Fighting Game for the PlayStation 2, made by Incognito Entertainment (of Twisted Metal fame) in 2003, and eventually re-released on the Play Station Network.

The game is set in the aftermath of an alien invasion of Earth where their hazardous fuels have spawned giant monsters that battle one another in city environments. The game is presented in the style of a 1950's science fiction and monster movie, making homages towards the films in those genres.

The monsters you can play are: