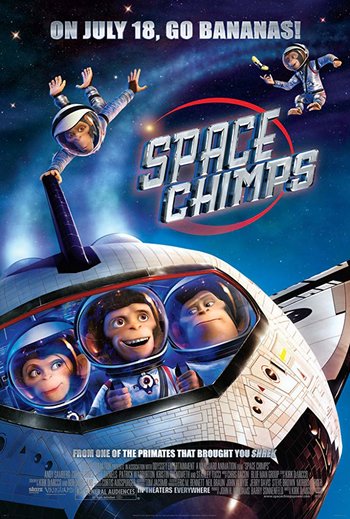 Space Chimps is a 2008 All-CGI Cartoon movie about astronaut chimpanzees sent on a mission to outer space. It was produced by Vanguard Animation and distributed by 20th Century Fox.