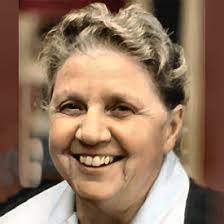 Leigh Douglass Brackett (December 7, 1915 – March 18, 1978) was an American science fiction (and sometimes crime/western) author and Golden Age Hollywood screenwriter (e.g. The Big Sleep, Rio Bravo, and much later The Empire Strikes Backnote which she wrote a first draft for before dying; it was later re-written by Lawrence Kasdan (the film is dedicated to her, although very little of her first draft remains in the finished script)). She has been called the "Queen of Space Opera."

Thematically, Brackett's stories often deal with colonialism-induced clashes of civilizations as space-travelling humans settle on planets with older (or younger) aboriginal cultures and have commerce or conflict with them. Her early SF stories had a detective/noir flavor, which gradually developed into frontier stories set in space. Her later stories became more elegiac, lamenting civilizations passing away.

She wrote most of her stories (short stories and novelettes) for pulp magazines, but also wrote several novels. Quite a few stories feature pulp hero Eric John Stark, a human born on Mercury and raised by a tribe of insectoid Mercurian aborigines. As an adult Stark has sympathies both for humans and for non-humans, which sometimes causes loyalty conflicts and troubles with the (human) authorities. Stark is also, as is common for Brackett's Mercurian humans, black-skinned and black-haired, which also sometimes leads to prejudice and tension. (Most illustrators depicted him as white-skinned and sometimes blonde, though.)

She created her own Verse for her Planetary Romances, the Leigh Brackett Solar System. More than half her stories are set in a (mostly) internally consistent parallel of our solar system with human settlers and alien cultures on Mercury, Venus, Mars, the Asteroids, and the moons of Jupiter and Saturn. During the 1940s and 1950s her stories described worlds consistent with early theories about the habitability of the planets, but in the 1960s when the Mariner space probes started to bring back data about Mars, Venus and Mercury that made the premise of life on those planets utterly implausible she used her Verse less often and eventually stopped writing such stories in 1964. In the 1970s she invented an "extra-solar" planet, Skaith, where Eric John Stark could have his later adventures.

As the market for pulp fiction evaporated in the 1950s she switched to a successful career of writing for film and television, especially in association with Howard Hawks, for whom she wrote or co-wrote the screenplays of six movies. She occasionally revisited her SF milieus in novels (some of which reworked earlier short stories), especially near the end of her life in the late 1970s. She died of cancer in 1978.

John Carpenter was a huge fan of her work, and named the sheriff character in his seminal horror film Halloween (1978) after her as a tribute.