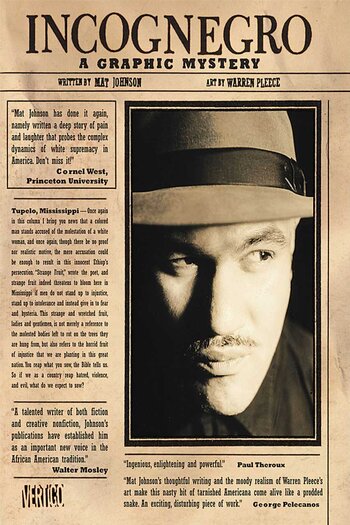 Incognegro is a black-and-white graphic novel written by Mat Johnson and illustrated by Warren Pleece, published by DC Comics imprint Vertigo in February 2008.

The plot of the graphic novels follows Zane Pinchback, a reporter for a black newspaper in the early 1930s New York City. He goes to the American South to investigate the arrest of his own brother, charged with the brutal murder of a white woman in Mississippi. He goes undercover as a white person due to his fairer skin to save his brother and uncover the truth.A prequel, Incognegro: Renaissance, was published in 2018 at Dark Horse Comics, with the same creative team.