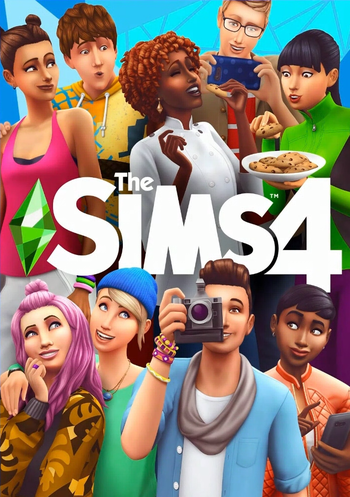 You create. You control. You rule.
Advertisement:

The Sims 4 is the fourth standalone game in the series, released in 2014. It places more emphasis in character creation while simplifying other aspects. As with other games in the series, players take control of "Sims", virtual people with needs and desires. One of the most notable additions in this game is that the Sims can now put into distinct moods instead of a mere "positive" or "negative", which were influenced by their traits.

open/close all folders
Expansions and Add-ons

The Sims 4 Provides Examples Of: