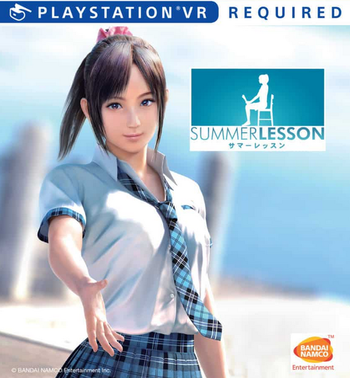 Summer Lesson is a Playstation 4 Virtual Reality game released in Japan and Asia in 2016. It was meant to showcase Sony's VR technology via the PlayStation VR system that came out in the same year. It is created and developed by Bandai Namco Entertainment. Summer Lesson is a Slice of Life and Raising Sim game where players assume the role of a tutor teaching a girl (They consist of Allison Snow, Hikari Miyamato and Chisato Shinjo) and helping her out with giving lessons, improve their English/Japanese language skills and raise their stats. The tutor needs to help them out for seven whole days.

The game made headlines when it was first previewed in Tokyo Game Show and showed a working demo in other gaming conventions worldwide.

Katsuhiro Harada is the director of the game and it's produced under TEKKEN Project.