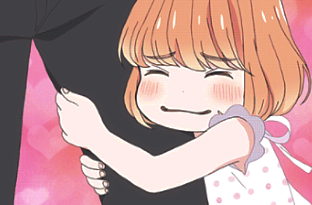 To a child it just doesn't feel right to let go!
Advertisement:

Clinginess is a normal and even common behavior found in children. However, this sort of clinginess isn't random or meaningless. A child's constant clinginess to a guardian figure reveals a lot about their personality and feelings. Perhaps the child is shy, affectionate, desperately craves affection, frightened, or has separation anxiety, etc. Whichever the reason is, the child would often hug the leg of their carers, be it their parents or any other family member, out of instinct.

Please note: this is not about a child merely following an adult figure around and bothering them. This involves children's strong physical attachment to an adult figure and what such behavior says about the child.

If portrayed in a positive light, this could be a sign that the child feels safe and protected with their guardian figure enough to cling to them all the time — an indicator of a healthy relationship, where the older person on the receiving end of this usually finds the child adorable and coos at them.

If the child's clinginess is depicted in a negative light, however, this could be a sign of an unhealthy and insecure attachment to their guardian figure. Such portrayals might have the child be an Attention Whore who demands affection all the time. Naturally, since this is truth in television, Wikipedia has an informative article

Compare with Children Are Innocent if their general clinginess represents their innocence. Contrast with Affection-Hating Kid. Not related to Leg Cling, which involves a Stock Pose where a woman is clinging to the leg of a man in movie posters. May overlap with Security Cling if the child is scared. The child may even beg the adult not to leave them while desperately clinging to them. No relation to Clingy Jealous Girl either.