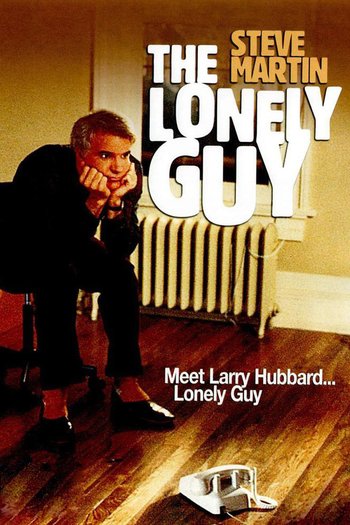 The film starts with Larry Hubbard (Martin) having a very bad day. He breaks up with his girlfriend after finding her in bed with another man, and she kicks him out of the apartment. Upset and confused, he bumps into a pathetic-looking guy named Warren (Charles Grodin), who asks if he is a "first-time lonely guy".

And thus Larry is introduced to the world of "lonely guys", a subculture of men who share tips and coping strategies for surviving the single life. With Warren's advice and friendship, Larry begins to reassemble his life, navigate the completely absurd situations he frequently encounters (or creates), and even pursue a new love interest: the beautiful, cheerful, and six-times-divorced Iris (Judith Ivey).

Based on the 1978 humor book The Lonely Guy's Book of Life by Bruce Jay Freidman. Neil Simon did the screenplay adaptation along with Taxi co-creators Ed. Weinberger and Stan Daniels.

Has nothing to do with The Lonely Lady or The Single Guy.