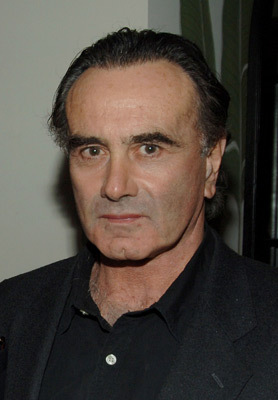 Daniel G. Hedaya (born July 24, 1940 in Brooklyn, New York) is a prolific American character actor. He played the dictator Arius in Commando, Tully Alford in The Addams Family, Cher Horowitz's father Mel in Clueless, General Perez in Alien: Resurrection, Richard Nixon in Dick and Red the goblin bellboy in Fantastic Beasts and Where to Find Them, among many other roles. He also starred on Cheers and its short-lived spin-off The Tortellis as Carla Tortelli's ex-husband Nick.