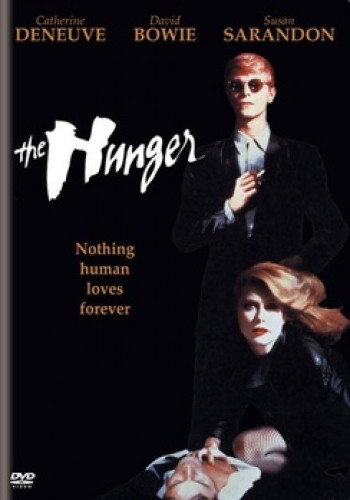 The Hunger is a British horror film from 1983, the first to be directed by Tony Scott. The screenplay was written by Ivan Davis and Micheal Thomas, and adapted from Whitley Strieber's novel.

Dr. Sarah Roberts (Susan Sarandon), a researcher in premature aging, is contacted by John Blaylock (David Bowie), who is in fact the immortal companion of the beautiful vampire Miriam (Catherine Deneuve). John was led to believe that he and Miriam would share a life of eternal youth when they met in the 18th century, and is most distressed by the fact that his body is suddenly deteriorating. Miriam, however, has known for some time that she needs a replacement companion. And Sarah is about to walk through the door...