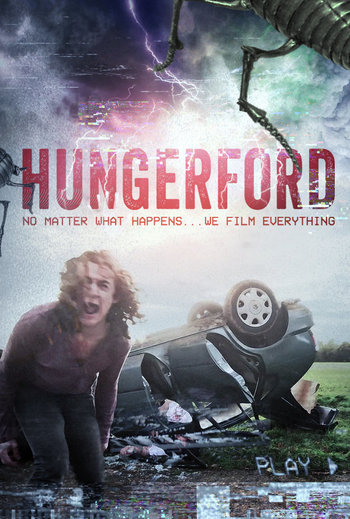 Cowen Rosewell (Drew Casson) is a teenager living in the town of Hungerford, England. He has friends in Kipper (Sam Carter), Adam (Tom Scarlett), and Adam's sister Phillipa "Phil" (Georgia Bradley). For a school project, Cowen will be recording a week of his life, so he has a camera rolling most of the time with him.

Life seems normal, until lightening strikes a tower in the area. Not long after, Cowen notices people partaking in strange, disturbing behaviour. It's not a lot, so he doesn't really think much of it... until he sees his crush's father banging his head against a window.

From there, Cowen and his friends realize something is SERIOUSLY wrong, and ultimately find out that people are being taken over by giant bugs that burrow into people through the back of their neck and take over their bodies within. Now, Cowen and co. need to figure out how they can get somewhere safe.

The movie was released on May 3rd, 2014. It also has a sequel, The Darkest Dawn.