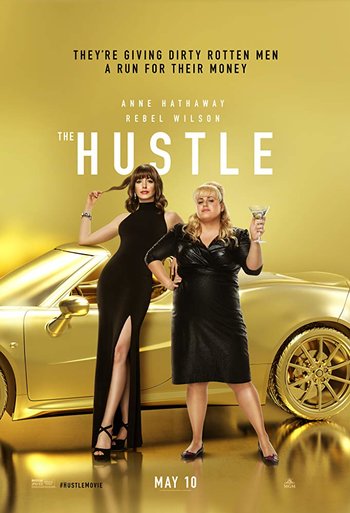 The Hustle is a 2019 comedy film starring Anne Hathaway and Rebel Wilson, and the third version of the 1964 comedy Bedtime Story (1964) (the second one being Dirty Rotten Scoundrels).
Advertisement:

Penny Rust (Wilson) is a low brow con artist in America, catfishing men and then convincing them to give her money for a boob job. She travels to France to get richer marks, but in the way she encounters Josephine Chesterfield (Hathaway), a high class con artist whose main prey are the same rich men Penny is trying to scam. The situation puts the women at odds with each other, so they decide to settle things once and for all by betting the territory on a single master con.