Film / The Last Man on Earth 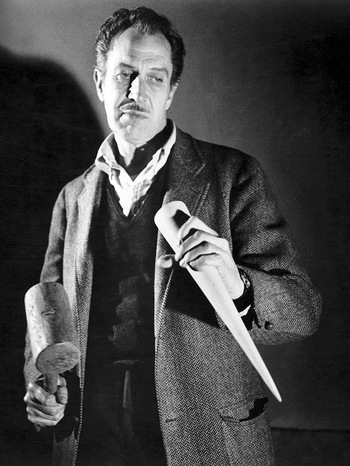 The Last Man on Earth is a 1964 Italian-American post-apocalyptic Sci-Fi Horror film, directed by Ubaldo Ragona and Sidney Salkow and starring Vincent Price. It is an adaptation of Richard Matheson's classic novel I Am Legend, and is in many ways closer to the source material than either of the subsequent film adaptations (The Ωmega Man and I Am Legend).