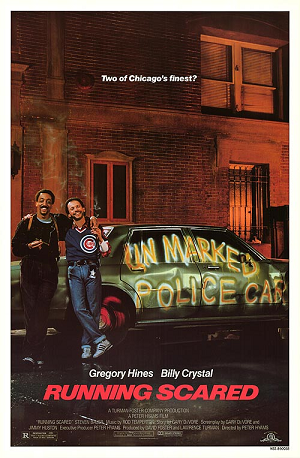 Danny Costanzo (Crystal) and Ray Hughes (Hines) are two cowboy cops in Chicago who are after Julio Gonzalez (Smits), a big-time drug dealer. They manage to arrest Gonzalez, but at the cost of scuttling a DEA operation against Gonzalez, and so their boss, Captain Logan (Hedaya) orders them to go on vacation. The two of them end up in Florida, and to their surprise, end up enjoying life there. Danny convinces Ray they should retire there and open up a bar (with the money Danny inherited from his dead aunt Rose). However, when they get back to Chicago to tell the captain they're quitting, they find out Gonzalez is back on the street. They're both determined to arrest Gonzalez again, but Danny's no longer sure he wants to be a Cowboy Cop anymore.

Not to be confused with the 2006 action film starring Paul Walker; this is more of an action comedy.