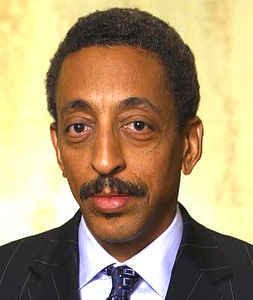 Gregory Oliver Hines (February 14, 1946 – August 9, 2003) was an American dancer, actor, choreographer and singer. He is considered one of the most celebrated tap dancers of all time.

He was born in 1946 in New York City and grew up in the Sugar Hill neighborhood of Harlem. Hines began tap dancing when he was two years old, and began dancing semi professionally at age five. After that, he and his older brother Maurice performed together, studying with choreographer Henry Le Tang. The two brothers were known as the Hines Kids, and later the Hines Brothers, making nightclub appearances at venues in Miami, Florida, with Cab Calloway.

His acting debut was in The Girl In Pink Tights, and his first film role was in History of the World Part I. His peak as an actor came in the mid-1980’s, with major roles in The Cotton Club and Running Scared (1986), and in an interview in 1987 he stated he often looked for roles written for white actors, "preferring their greater scope and dynamics."

Hines died of liver cancer on August 9, 2003, en route to the hospital from his home in Los Angeles. He had been diagnosed with the disease more than one year earlier, but informed only his closest friends. He is buried at St. Volodymyr Ukrainian Cemetery in Oakville, Ontario.