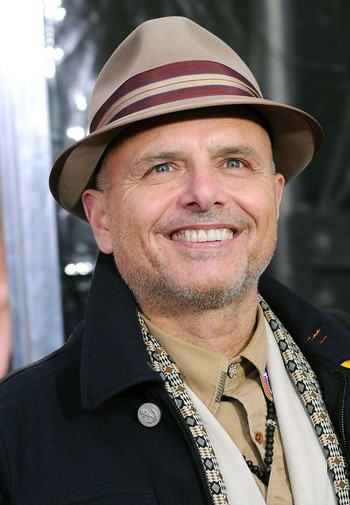 Joseph Peter "Joe" Pantoliano (born September 12, 1951 in Hoboken, New Jersey), is an American character actor of Italian descent. He is sometimes referred to as "Joey Pants", due to the difficulty with pronouncing his last name.

He is best known for playing shady characters, usually criminals or corrupt police officers. Amongst his most prominent roles is probably Cypher from The Matrix, and Ralph "Ralphie" Cifaretto from The Sopranos (for which he won an Emmy for Outstanding Supporting Actor in a Drama Series).

Pantoliano is also known for being upfront about his struggle with clinical depression and substance abuse in relation to it throughout his life, believing that being open about it helps removing some of the stigmas commonly associated with mental illness.