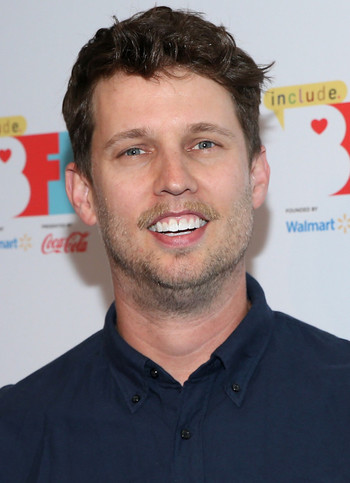 "I relate to most of the characters I play, because I do feel like an outsider."
Advertisement:

Jonathan Joseph "Jon" Heder (born October 26, 1977 in Fort Collins, Colorado) is an American actor, voice actor, and comedian. He is most famous for playing the titular character in Napoleon Dynamite, a film which has led to him being type-cast as nerdy characters.