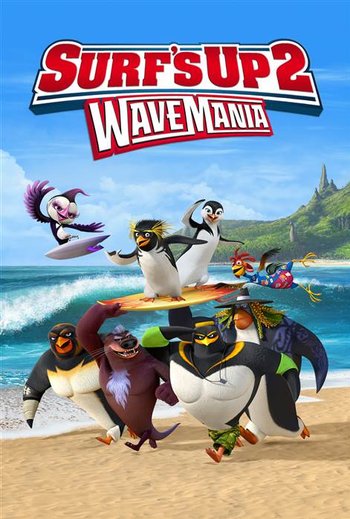 The story picks up sometime after the last movie, with Cody being interviewed on the events of the last movie. It's revealed that after the surfing competition, Cody fell into obscurity while Chicken Joe went on to become a famous surfer. Cody mentions the hang 5, a band of animals that surfs all over the world, and how badly he wants to join them.

The film was co-produced by Sony Pictures Animation and WWE Studios, and as such, features the voices of many WWE wrestlers.