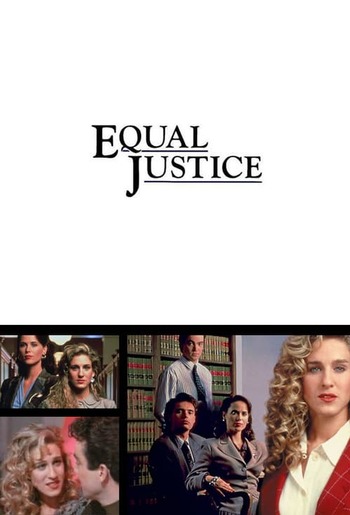 Equal Justice is a Courtroom Drama which aired from 1990 to 1991. It follows prosecutors in the District Attorney's Office for an unnamed city, along with one token public defender.This series provides examples of:
Advertisement: