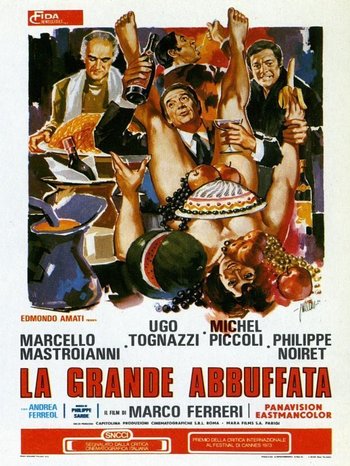 "Eat, or you won't be able to die!"
Advertisement:

Its characters are four bourgeois men varying from reasonably well-to-do to very well-to-do who have made a pact: they are going to eat themselves to death and die of gluttony. While they're at it, they bring in prostitutes and a buxom teacher, Andréa.