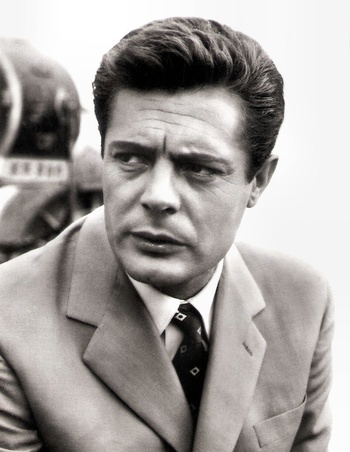 The quintessential leading man of Italian cinema in The '60s and later, he was also one of the "monsters" of the commedia all'italiana alongside Ugo Tognazzi, Vittorio Gassman, Alberto Sordi and Nino Manfredi. For the arthouse audience he is rather more famous as an alter-ego of Federico Fellini.

Among other love affairs, he had one with Catherine Deneuve. Actress Chiara Mastroianni was born of it.