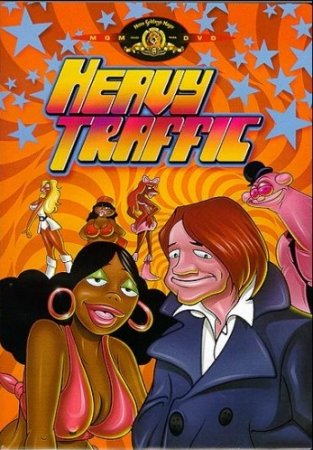 Ralph Bakshi cites Heavy Traffic as his favorite film in his career. This was originally to be Ralph's first film; however, it was "put on hold" because the producer believed that he couldn't sell this film due to Bakshi's inexperience as a film director. The success of Fritz the Cat, the first animated film to be rated X in the United States, saved the production of Heavy Traffic. In a sense, the film could be seen as an animated companion piece to Martin Scorsese's Mean Streets.

The film was eventually rereleased on Blu-ray by Shout! Factory for its 40th anniversary.