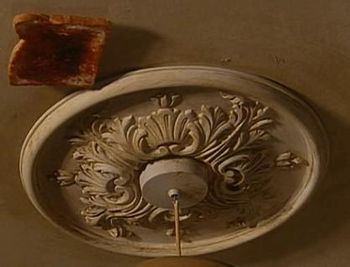 Something gets launched or is stuck to the ceiling, usually something sticky, and often some kind of food item. Sometimes it comes down, sometimes it doesn't. May later fall on someone who has no idea it's up there.

See Ceiling Cling for when a person is hiding near the ceiling.