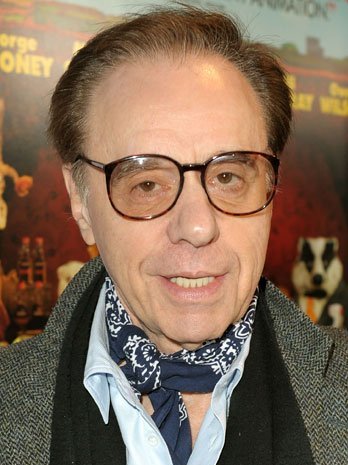 He was one of the few filmmakers of his generation to start his career as a critic and journalist. As a major cinephile, he became known as a writer of film history and criticism, renowned for the oral histories that he composed in the 1960s with many of the survivors of The Golden Age of Hollywood. He also conducted important interviews with many of the old-timers, and among movie circles, he's considered a linchpin, the last person to know and meaningfully interact with the great artists of the past (most notably Orson Welles), and the man who quite probably met and knew more of them than anybody else of his generation.

Of course, Bogdanovich wanted to make movies himself, much like the young men and women of France, who he was inspired by. Like many of his generation, the way to making movies was the world of Roger Corman, with whom he worked as a writer and director before making his debut with Targets (starring old-timer Boris Karloff). His real Breakthrough Hit, however, was his highly acclaimed third film, The Last Picture Show; in its wake, he became known as one of the New Hollywood auteurs and was nominated for an Academy Award as Best Director. He followed that up with two more hits, What's Up, Doc? and Paper Moon.

After that, Bogdanovich's career had its ups and downs, but more or less he never quite recaptured the peak of his early years. He had another hit in 1985's Mask, but his other films struggled at the box office, leading him to file for bankruptcy twice. In 1980, he also became entangled in an offscreen drama as lurid as any film, when he cast former Playboy Playmate Dorothy Stratten in his film They All Laughed and subsequently fell in love with her. Unfortunately, Stratten happened to be married, and even more unfortunately, her husband was a Yandere who responded to her attempt to divorce him by killing her and then himself. Bogdanovich wrote a book about the experience called The Killing of the Unicorn. Subsequently, he provoked more controversy by marrying Stratten's younger sister, who was 30 years younger than he was and whom he'd first met as a child. (They divorced in 2001.)

Bogdanovich continued to publish works of film history and conduct interviews with famous directors, and among younger viewers, he's probably better known for his frequent appearances on DVD Extras of classic Hollywood releases, and his commentaries, than as a filmmaker in his own right. He also won a Grammy Award in 2008 for his documentary film on Tom Petty which accompanied Petty's 30th-anniversary CD box set Runnin' Down a Dream. But in later years, Bogdanovich appeared more frequently as an actor than as a director, guest-starring in TV shows (sometimes As Himself) and appearing in the occasional film supporting role. Probably his highest-profile role was as Dr. Melfi's therapist, Elliot Kupferberg, on The Sopranos.

He made a late directorial comeback with the film She's Funny That Way, made in 2014.

Tropes common to Bogdanovich and his works: