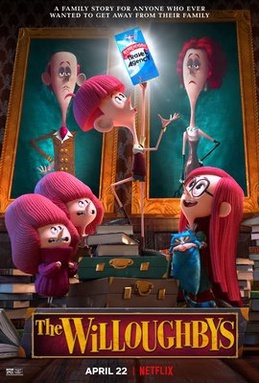 The Willoughbys is an American computer-animated Black Comedy film directed by Kris Pearn, and based on the book of the same name by Lois Lowry. The film is about four siblings who have had it with their parents constantly neglecting them, so they send them away on a potentially life-threatening vacation only to end up in the care of an eccentric nanny, and must hide away from the draconian Orphan Services.