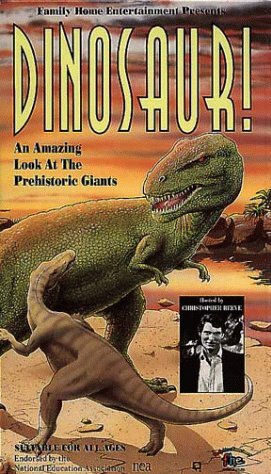 Dinosaur! is a 48-minute long (plus commercials) television documentary hosted by the late Christopher Reeve and featuring visual effects sequences courtesy of the then newly-formed Tippett Studio. Spun off from the studio's earlier animated short Prehistoric Beast, it features interviews with such eminent paleontologists as Jack Horner, Robert "Bob" Bakker, and Dale Russell alongside go-motion animated sequences reconstructing life in the Mesozoic era.