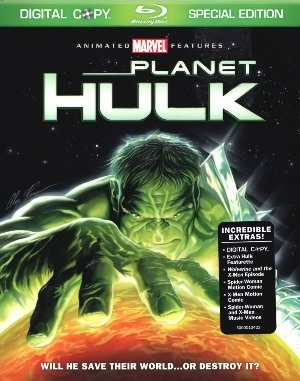 The animated adaptation of Planet Hulk. The film was very condensed, changing several aspects of the story and removing a few characters completely, but is still considered one of the better Marvel Comics animated adaptations, receiving considerable critical praise. It's also notable for being one of the more violent Marvel movies, depicting blood and fairly graphic deaths.