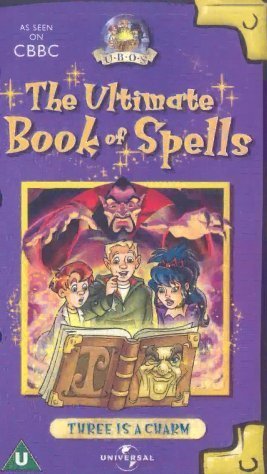 Ultimate Book of Spells (2001-2002), or UBOS, is an animated series which ran for only 26 episodes. It's about three kids (Cassandra/"Cassy", Gus, Verne) who are attending a Wizarding School and learning about magic. One day, they receive a magical book called UBOS, and learn of an evil wizard named Zarlack who is trapped in the center of the Earth, and is plotting to steal the world's magic so he can escape. The three of them have to stop him.