Western Animation / Gadget and the Gadgetinis 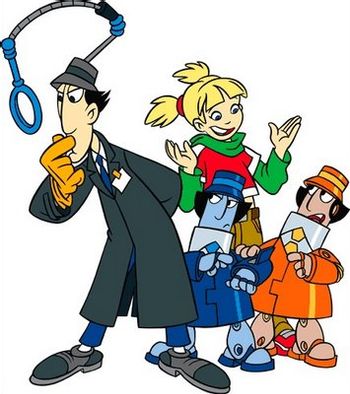 Gadget and the Gadgetinis (2001-2003) is a short-lived Spin-Off series to the classic Inspector Gadget. This installment featured Gadget as a lieutenant for W.O.M.P. [World Organization of Mega Powers] aided by a pair of robot sidekicks, the titular "Gadgetinis", named Digit and Fidget, built by Penny.