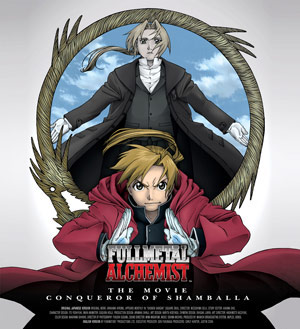 The Movie based off the first Fullmetal Alchemist anime continues from the end of that series and wraps up some of the anime's loose ends. The plot for the movie gives away plot details of that series' ending, if you haven't watched the show, know that spoilers for the series show up frequently in the tropes below.

The Conqueror of Shamballa contains movie-exclusive examples of the following tropes: