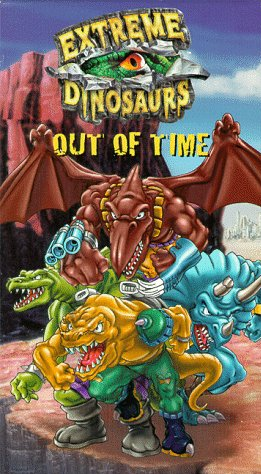 Extreme Dinosaurs (1997) is a show, from the creators of the rather similar Street Sharks, about four dinosaurs taken from prehistoric times and turned into Animal Superheroes so they could be used as an alien overlord's minions to conquer a planet from Another Dimension. You can pretty much tell everything you need to know about it from the title. Compare/contrast with other dinosaur shows like Dinosaucers, Kung Fu Dino Posse, Dino Squad, Jurassic Strike Force 5 and DinoZaurs.