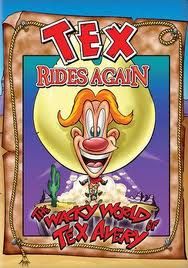 The Wacky World of Tex Avery is a 65-Episode Cartoon show produced by DiC Entertainment and Les Studios Tex in 1997. Named after the late great Tex Avery, a cartoonist who is most famous for his work at Warner Bros. and MGM, the creator Brody Dowler describes the show as a "homage to the brilliant, hilarious and groundbreaking animator Tex Avery and the wonderful squash-and-stretch cartoons of his era."

The show contains the following shorts:

Is not to be confused with The Tex Avery Show, a block of Avery's classic shorts aired on Cartoon Network in the early 2000s.

The Wacky World of Tex Avery provides examples of: