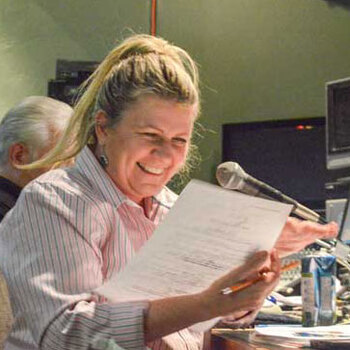 Her list of voice roles is extensive and various, but she is perhaps most noted for voicing Princess Toadstool in the two of the three Super Mario Bros. cartoons, as well as serving as The Other Darrin to Terri Hawkes as the title character of Sailor Moon in the DiC dub. She's also provided voices for such cartoons as George Shrinks, Ned's Newt, X-Men: The Animated Series, various incarnations of Strawberry Shortcake, and the Animated Adaptation of Anne of Green Gables.

Outside of voice acting, Tracey Moore has a sizeable career in musical theatre, as well as a few cameos in live-action films.