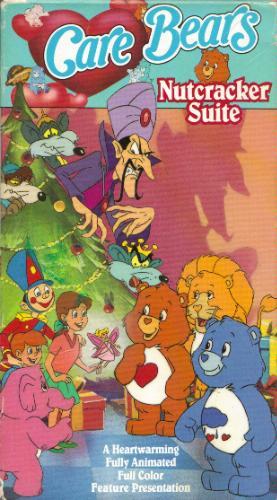 Care Bears Nutcracker Suite (1988) is the fourth film of the Care Bears. It was aired as a TV special after the third film, The Care Bears: Adventure in Wonderland, flopped in theatres, then separated into three episodes serving as the Grand Finale of the Nelvana series.