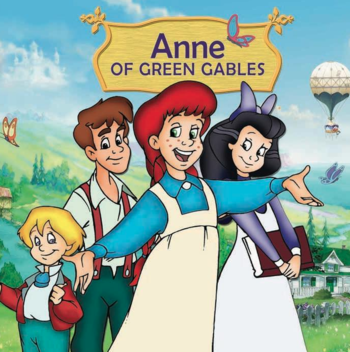 Anne of Green Gables: The Animated Series was a short-lived Canadian animated series that originally ran on PBS Kids and TVOntario from 2001-2002. It is loosely based on the famous children's novel by author L. M. Montgomery, considered by many to be one of the true icons of Canadian literature. It was produced by Kevin Sullivan, the same writer and developer of what is often considered to be the most well known Anne of Green Gables adaptations, a trilogy of two-part movies in the 1980s that was later followed up by the popular series Road to Avonlea.

The animated series had a focus on educating its viewers while still trying to be entertaining for children, as the 26 episodes follow Anne Shirley (voiced by Bryn McAuley) and her friends as they deal with every-day problems in school and around the town of Avonlea. The educational value of the show was focused on Anne learning valuable lessons in topics such as individuality, friendship, and problem-solving.